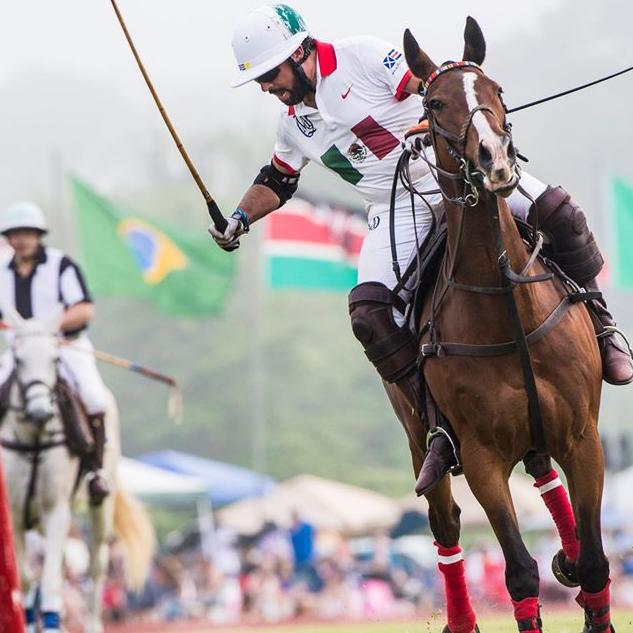 The celebrated return of Mexico to the Newport International Polo Series, on June 4, 2016 gave USA its first victory of the XXV season for Opening Day.

Mexico struck the first blow with goals by Aguilar, Gomez, and de Sousa but USA recovered with a shot by Souto, and Keating’s next two points finished the first chukker, 4-3. USA brought their A game in the 2nd period, hitting Mexico with 3 consecutive points, starting with Keating, then Souto and ending with Steigler, for a USA lead of 6-4. Both teams battled it out through the third period to maintain a home lead at the half.

The fourth chukker witnessed Mexico recovering, with goals by de Sousa and Richard. But, Souto came back to score a point for USA, raising the score 7-6. In the 5th period, Mexico took on a strong defense as de Sousa cut the back end to return the ball with a point. Gomez sent the ball forward for two extra goals but Souto and Steigler padded the lead with 3 goals for USA for a 10-9 advantage. In the final period, Aguilar came speeding across the field to score for Mexico. Souto scored twice again, and USA's Clemens added a point for the home team, resulting in the 13-10 victory for USA.

After 6 periods of play, the match concluded with the Veuve Vlicquot Champagne Toast & Trophy Presentation where the Atria Cup went to team USA, presented by Atria Senior Living's Senior Vice President, John Hartmayer, and Persia, loaned to Mexico by Minnie Keating was named Best Playing Pony. Autograph signing & a Buffet Grande ensued for an authentic south of the border celebration served field-side after the match.

During the match, the door prize drawing of a $100 gift certificate to Hotel Viking's celebrated restaurants was awarded to one lucky attendee, and the Stella Tailgate Trunk was awarded to the best Tailgate picnic of the match.  Hotel Viking is the official hotel of the Mexican Polo Team.  Atria Senior Living was the Match Sponsor.  Stella Artois is available on tap at the Twisted Pony Bar.