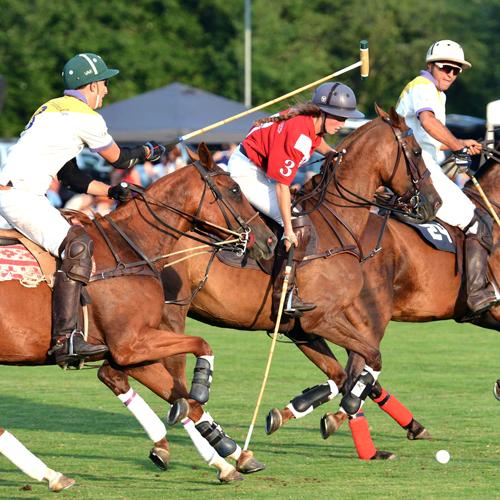 Spectators were treated to an incredible match played between Newport and local challenger Twin Paddocks, plus activities hosted by the nine charities there. Everyone wanted to join the Brain Injury Association's  raffle to win a picnic basket filled with goodies, and the spectators applauded and cheered when Portsmouth Dog Park ran its Dog Parade across the field at half-time. There was so much to do and see, and for most it was their first time witnessing a polo match.

Newport changed momentum in the second half, matching Twin Paddocks point for point. It was during the final Chukka, with Twin Paddocks still leading by one goal that the tables really turned. Newport whipped out three successive goals, one after another to place themselves ahead of Twin Paddocks. Twin Paddocks put up a good fight, but unfortunately they couldn't match the goals from Newport. Newport rose to victory, 9 to 11.

Through its 25 year history, Newport Polo has raised over $650,000 for civic and charitable organizations. Initiatives include the International Polo Charity Ball, special benefit matches, and countless ticket donations for the Newport International Polo Series.