Team registration and tournament match schedule: Team Registration closes at 5pm on Friday, June 8, 2018, or sooner if the team limit is reached. The Tournament Entry Fee and team registration portal is soon to be announced. All interested parties should contact agnes@nptpolo.com to receive detailed information on: Paddock turnout or stabling, horse leasing, team assignment for players seeking a team, lodging options, practice opportunities and more.

“It is exciting to introduce two new women’s medium and high goal polo tournaments in the US, sanctioned by the United States Polo Association, and bring more opportunities for top-level polo competition to the Northeast hub of polo. It is fitting that this tournament will be played at the first official polo club in the United States, where noteworthy tournaments have originated since 1876. We will see the top women players in the sport compete in this inaugural event and historic highlight of the Northeast polo season this summer,” added Leighton S. Jordan, USPA Northeastern Circuit Governor.

“It will be exciting to see another first happening in New England, with two of the oldest clubs in the country. Women players represent the fastest growing segment of the USPA, becoming a very strong presence in the sport,” stated Peter F. Poor, USPA Governor at Large. “My daughters Amanda and Alyson will be participating, attributing their involvement in the sport to the late Sunny Hale.”

“We are honored to host these two new women’s polo tournaments, with the best women players from across the US and from several nations around the world,” adds Dan Keating, Westchester Club President and USPA delegate. “to showcase the achievements of women in the sport of polo, and provide more forums of upper levels of competition for advancing players. We invite you to make your mark in polo history.“

Each tournament will feature several top-level teams competing for the prestigious Sunny Hale and Anne Hutchinson silver trophies, and the winners recorded in the United States Polo Association annuls. Hale is remembered as a passionate ambassador for the players and horses of polo, and considered to be one of the all-time greatest female polo players and role model for many women in the sport. Hutchinson, a champion of civil liberty and toleration in the colonial era, became the first woman to found a community in the New World (Portsmouth, Rhode Island - 1638) and is revered in New England as a heroine of freedom.

About Newport, Rhode Island: For more than 375 years, Newport has been welcoming visitors from near and far to its charming New England coastal harbor, earning its reputation as America’s First Resort. Evolving from its colonization for religious freedom to prominent colonial port to a destination ripe with sport, culture, history, art, entertainment and scenic beauty, distinctive shops, renowned restaurants, diverse accommodations and world-class events, its past, present, and future make this international destination uniquely legendary. 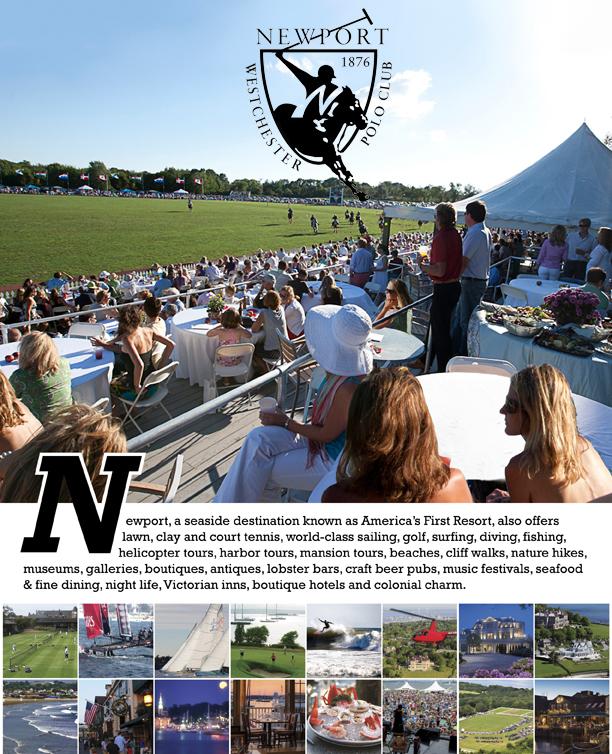