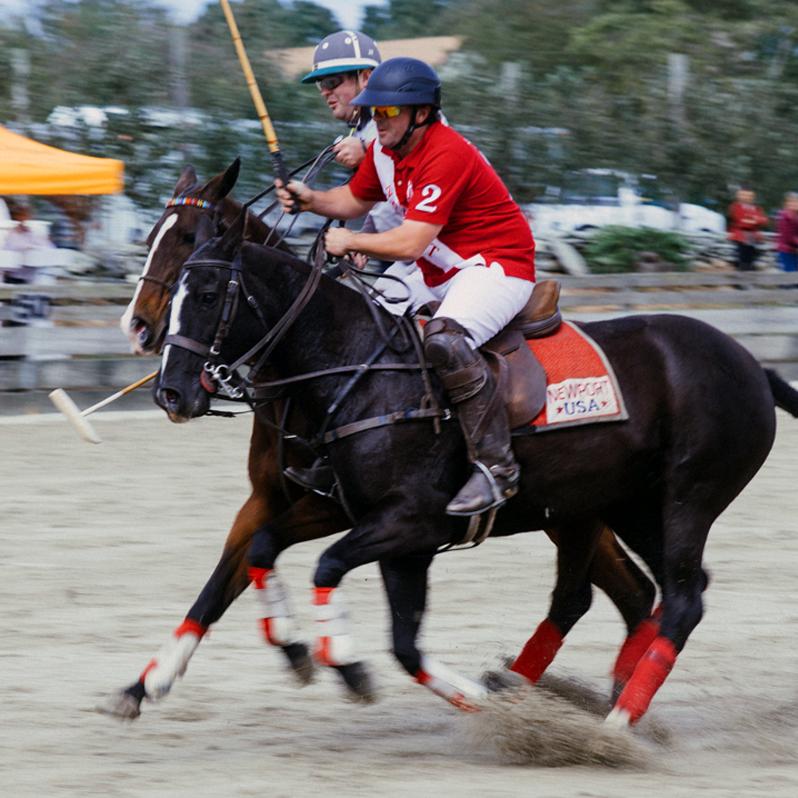 In additional to its annual Club Arena Polo Tournaments, Newport Polo is pleased to open registration for teams from across the US and Northeast to enter two USPA Arena Polo Tournaments to be held in October and November at its outdoor arena & training facility in Newport County, Rhode Island.

“We look forward to drawing the best competitors in the US for the National Sherman Memorial, as well as a strong regional turnout for the Northeast Women's Arena Challenge, and we are thrilled to add these exciting highlights to the Northeast polo season,” adds Leighton S. Jordan, USPA Northeastern Circuit Governor.

“It is a great honor to host the historic National Sherman Memorial, and very exciting to start the arena polo season with high caliber competition in both tournaments,” adds Dan Keating, Club President and USPA delegate.  “We invite you to make your mark in polo history.“

Team registration and tournament match schedule:  Team Registration closes at 5pm on Friday, Oct. 4.  The Tournament Entry Fee is $400/team, which will include lunch and refreshments Sat/Sun, and Saturday night beach Lobsterboil for all the players (additional guests can be included at $50 each). Prizes will be awarded to the winners.  The tournament will be officiated by professional umpires from the USPA. The complete schedule will be finalized once all the teams have registered. Teams are limited to even numbers.

The USPA National Sherman Memorial tournament will include several teams competing for the prestigious George C. Sherman Cup.  Known as the “father of indoor polo”, Hall of Famer George C. Sherman, Sr. was almost single-handedly responsible for organizing and refining this now-popular variation of the sport. He introduced the inflatable ball, redesigned the standard polo equipment for the arena game’s specific needs and modified the rules of outdoor play for arena use. He was the founder & first president of the Indoor Polo Association (from 1915 to 1926), which merged with the USPA in 1956. He was zealous in bringing young players into the sport, presenting the Interscholastic Cup in 1928. Since all Intercollegiate and Interscholastic polo is now played in the arena, he may be said to have sired this invaluable training ground as well.  The tournament was installed by his son, George C. Sherman, Jr., an arena high-goaler who also made important contributions to the sport as a USPA Chairman and one of the founding spirits of the Museum of Polo and Hall of Fame. (See the complete list of past winners, p. 247 'Historical Tournament Results'; research information provided by Museum of Polo & Hall of Fame).

Regional tournament intended to provide a highly competitive format for arena polo players looking to continue their season during the best time in New England to still play outdoors.

Team registration and tournament match schedule:  Team Registration closes at 5pm on Friday, Nov. 8.  The Tournament Entry Fee is $300/team, which will include lunch and refreshments Sat/Sun, and Saturday night dinner for all the players. Tournament brackets and schedule will be determined by draw.  Prizes will be awarded to the winners.  The complete schedule will be finalized once all the teams have registered. Teams are limited. Teams are encouraged to register early for one of 8 team positions.

About Newport, Rhode Island:  For more than 375 years, Newport has been welcoming visitors from near and far to its charming New England coastal harbor, earning its reputation as America’s First Resort.  Evolving from its origins for religious freedom to prominent colonial port to Gilded Age playground to today - a destination ripe with sport, culture, history, art, entertainment and scenic beauty, distinctive shops, renowned restaurants, diverse accommodations and world-class events, its past, present, and future make this international resort uniquely legendary.