Welcome Visitors!  The Box Office is open for 2020. 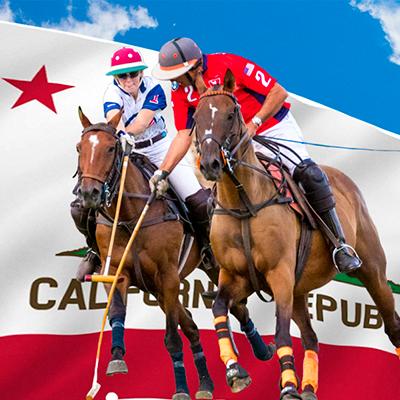 Home of Fenway Park, the Freedom Trail, Faneuil Hall, and one of the oldest polo clubs in the country, our neighbors to the north may win in sheer size, but on the polo field, the odds are in Newport's favor.  Boston was the first team to appear in the 2011 inaugural City Series when it was soundly defeated. Despite narrowly reversing the tide in 2019, Boston still trails on the leaderboard 3 wins to 6.  June 27th will bring the Bean Towners back to the City by the Sea.  RSVP for the best seats in the house in the Modern Luxury Polo Lounge.

A coast to coast Independence celebration brings Los Angeles to become the 10th challenger for the 10th anniversary of the Newport City Series on July 4th.  SoCal is a west coast polo hotspot, attracting some of the world's top players to enjoy the Mediterranean climate that makes for ideal polo conditions.  The home team may have a tall order to overcome any divine intervention benefiting the City of Angels.  Watch the match in Hollywood style from the Modern Luxury Polo Lounge.

The Steel City has melted in Newport's crucible over the past four seasons, though Newport has had to turn up the heat to win by thinning margins.  A new group of hopefuls, led by veteran captain, Justin Powers, will be well-tempered to meet the challenge.  Expect both teams to strike with a hot iron in the quest for the silver prize when Newport faces Pittsburgh on July 18.  Watch the game unfold from the expertly forged Modern Luxury Polo Lounge for an all-inclusive experience.

Players from the 'Treasure Coast' will sail on Newport for the 9th time on August 15th.  Most known for the endless golf courses and Mar-a-Lago, Palm Beach is also an American hub for equestrian sports, including the US Open Polo Championships and many of the country's highest-rated tournaments take place.  Despite the heavy-hitter reputation, Newport has kept pace, with the current record tied at 4 wins each.  Don your Lillies and sip a glass of champagne while these two sister cities go head to head as Newport attempts to reclaim the cup.

Start spreading the news, New York is returning this day, August 29th as the final challenger in the City Series.  The City of Dreams has been a bit of a perennial nightmare for Newport.  A promising start in 2011 gave way to a string of losses, broken only in a 2017 stunning upset that saw the home team take the cup, 10-5.  Newport may have to shed some its resort disposed laissez-faire for the brusque New York attitude to send this rival back empty-handed.

The Newport City Series was Inaugurated in 2011 as part of the 20th anniversary season.  Players representing their home cities face Newport in some of the hottest action all season.  The tight-knit polo community intensifies competition against well-known foes.  The Modern Luxury Polo Lounge on select dates offers the best seats in the house to watch the matches unfold.  Stay current with the latest on Season 29 by private email subscription to our Game Day Brief (sign up) and Emagazine (sign up).  Box Office opens March 15th!