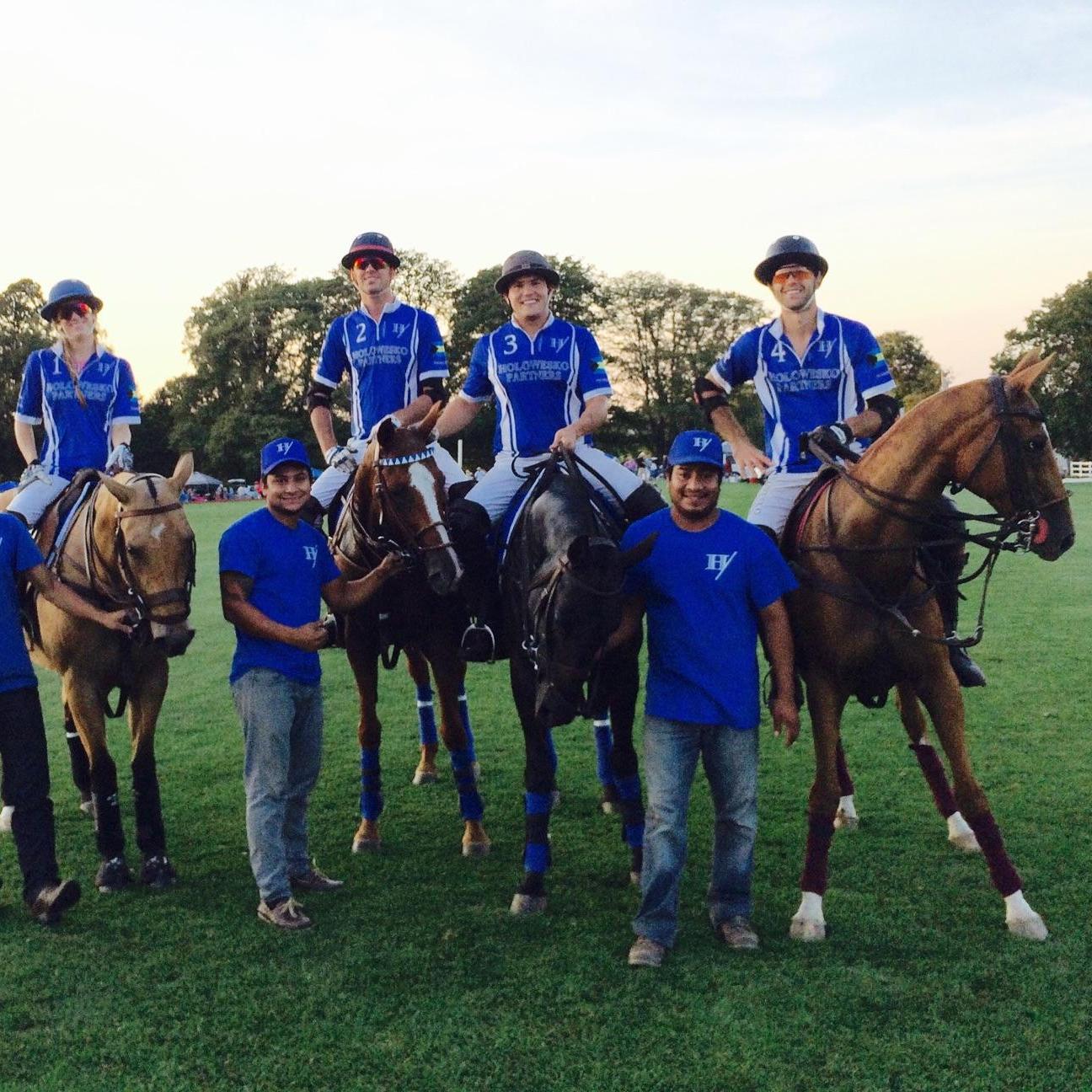 It was a David and Goliath face-off as the home team had a 5pm rematch with the challengers from New York on August 29 in the NBC 10 Newport International Polo Series, presented by your Rhode Island BMW Centers.

Fans could have a go in a selection of thoroughbreds of a different kind with BMW and their 2015 models on hand. Pre-match test drives in the M4 & M6 convertibles, 435xi Gran Coupe, X6 xDrive 50i, and the all-electric i3 got the crowd warmed up for an exciting match.

Team Newport was represented by Amy Rice playing 1, Michel Nseir at number 2, Jonathan Willen in the captain’s seat at 3, and Sam Shore closing the back door at number 4. For New York, Mariana Wawbold was at number 1, Peter Holowesko played 2, Will Tomita at 3, and CB Sherer played the back position at 4.

With the anthems played, the ball was thrown in, and Goliath pulled out an early lead thanks to goals by Holowesko, and Sherer. David pulled out the slingshot and fired back as Shore put Newport on the board and Willen closed the gap on a penalty conversion to end the chukker 3 – 2 for New York. Newport held the line as three goals to open the chukker by Holowesko and Sherer were matched by Willen and Shore. It seemed David was in with a shouting, gaining three goals and a strong team effort from Rice, Nseir, and Willen. Tomita, and Sherer picked up two more points for New York for an 8 all tie at half-time.

The start of the second half saw the same tight match as Tomita and Sherer converted two costly penalties to goals followed by a goal from Tomita in regular play. Willen for Newport kept the team within one point, making a penalty conversion, followed by a goal in regular play Goliath found some extra muscle in the fifth chukker, opening the lead by four goals thanks to Holowekso, Tomita, and Sherer. Willen kept throwing stones, adding one more point for Newport. It was 11 – 15 as the teams lined up for the final chukker. They kept an even pace as Willen and Sherer went tit-for-tat, matching each other’s goals. David couldn’t make up enough ground, ending the match in a 13 – 17 big city win.

During the match, one lucky fan won a new pair of shoes in the weekly door prize drawing from Rockport. An annual summer polo bash in spaces 41, 42, & 43 won the Best Tailgate picnic trunk from Stella Artois with creative equine décor, boundless enthusiasm, and an endless buffet spanning the tailgates.

After 6 periods, the match concluded with the Veuve Clicquot Champagne Toast & Trophy Presentation, presented by match umpire and club president, Dan Keating. Announcer William Crisp recognized Jonathan Willen as man of the match making a total of 9 goals for Newport. A cocktail hour to mingle with the players ended the crisp evening on a high note.