Anniversary Magazine on Sale this Saturday 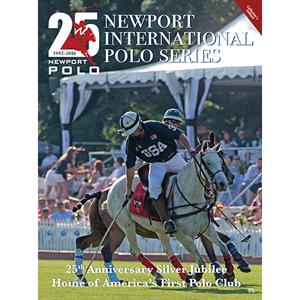 Since its inception in 1992, the Newport International Polo Series has grown into a summertime tradition for the residents of Newport County and the tens of thousands of visitors that flock to the polo matches throughout its 4 month span. The collector’s edition silver jubilee magazine captures the storied history of international characters and field side afternoons. Features include the crossroads of polo’s birth in America and the rise of Glen Farm, polo's future home nearly 100 years later. See photo essays on the polo ponies of Newport, historic member photos, and read how the ancient sport is a passport to the world.

Get your limited edition keepsake field-side at the matches.  Cover price $5.00.