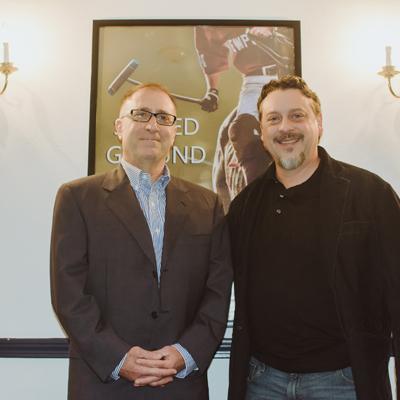 Sacred Ground: 25th Anniversary of Newport International Polo was selected out of 6,000 entries from over 60 countries for participation in the 2017 Flickers' Rhode Island International Film Festival, competing for Best Feature Documentary, and to premiere in New York's Equus Film Festival.  Filmmakers Kevin Friend and Jason Elmer Carter announced the film's acceptance by both festivals during a special private screening at the Ames Library in Massachusetts.

Entering its 35th year, the Flickers' Rhode Island International Film Festival is a 6-day annual event taking place in the second week of August.  Flickers' RI is the largest film festival in New England and is a qualifying event for the Academy of Motion Pictures Arts & Sciences, the British Academy of Television and Fine Arts (BAFTA), and the Canadian Screen Awards.

Founded in 2013, the Equus Film Festival features films from around the world that put the horse on center stage.  The 2017 festival will take place on November 16 - 19 in New York City, followed by a national tour featuring festival winners and specially selected films.

Filmed entirely in Rhode Island, Sacred Ground, an independent documentary by BCN Productions, offers a rare reveal of the life behind the sport of polo, as it documents the 25th season of the Newport International Polo Series, an uncommon sport whose unique grassroots devotion became an institution in its American birthplace.  A packed house premiere in February at the Jane Pickens Theater in Newport, RI, debuted the film that went on to prime-time TV airings throughout New England and Florida.