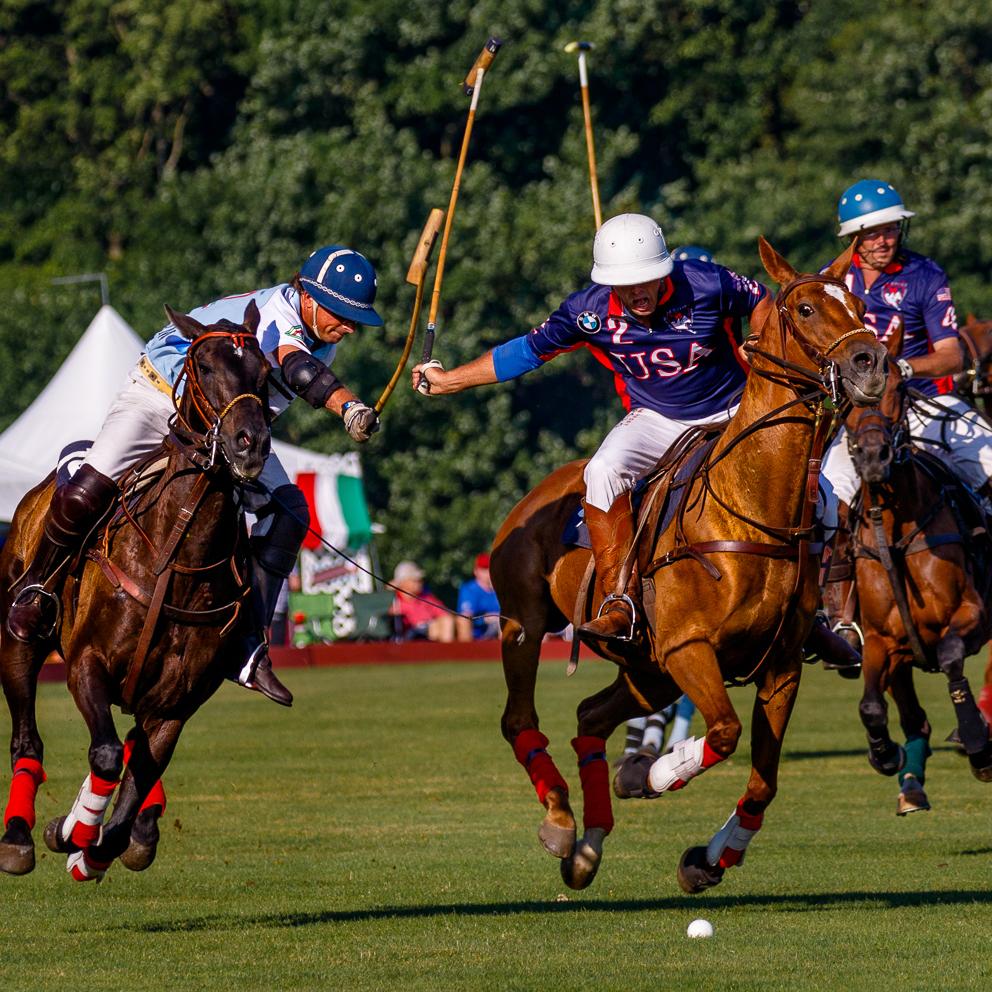 The NBC10 Newport International Polo Series, Presented by BMW featured a heated rivalry between USA and Italy, with Italy vying for the elusive Silver Cup on Saturday, July 8th.

Representing Team Italy, in the #1 position was Lanfranco di Campello, playing #2 was Massimo Elser with Captain Marco Elser as his alternate, Peter Elser was at #3, and playing #4 was Marcos Antinori.

Team USA took control during the fourth chukker with three consecutive goals scored by Keating and DeAngelis (two goals) to end the chukker with a score of 12-5 with Team USA holding onto the lead. Team Italy started off the fifth chukker with two goals by P. Elser and Antinori, but Team USA answered with a goal by Clemens. Team Italy continued their momentum scoring two more goals by P. Elser and Massimo Elser; bringing the score to 13-9 with Team USA in the lead going into the final chukker. Team USA kicked off the final chukker scoring two goals by DeAngelis and Clemens, Team Italy answered with a goal by Antinori but it was not enough to regain the lead. Team USA won the high scoring match with a score of 15-10.

During the match, the door prize drawing of a Magnum of Veuve Clicquot Champagne was awarded to one lucky attendee from West Greenwich, RI. A bellissimo tailgate with gorgeous, Italian themed décor and a mouth-watering spread of food and drink won the Best Tailgate Picnic Trunk from Stella Artois.