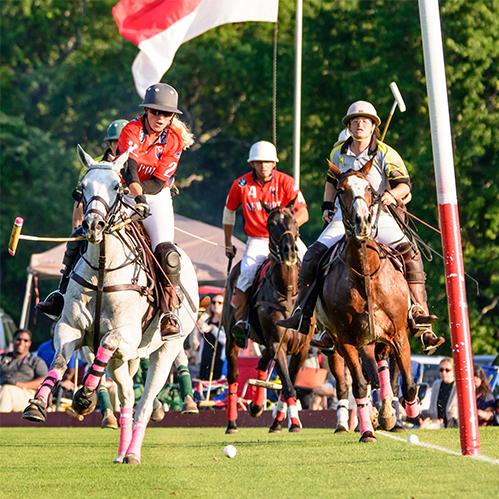 The NBC10 Newport International Polo Series, Presented by BMW featured a heated rivalry between Newport and Pittsburgh, with Pittsburgh vying for the elusive Silver Cup on Saturday, July 8th.

Representing Pittsburgh, in the #1 position was Juliette Powers, playing #2 was Mark Powers, Justin Powers was at #3, and playing #4 was Nick Barry.

Newport started off the second half with one goal scored by M. Keating bringing the score to 9-1 with Newport holding onto the lead. Pittsburgh started off the fifth chukker with a goal by M. Powers but Newport answered with a goal by Shore, bringing the score to 10-2 with Newport in the lead. D. Keating scored the first goal of the final chukker but Pittsburgh answered with two goals scored by Justin Powers and Barry. The final score was 11-4 with Newport as the victors.

During the match, the door prize drawing of a genuine leather handbag by Brahmin was awarded to one lucky attendee from West Greenwich, RI. An adorable polo themed tailgate won the Best Tailgate Picnic Trunk from Stella Artois.