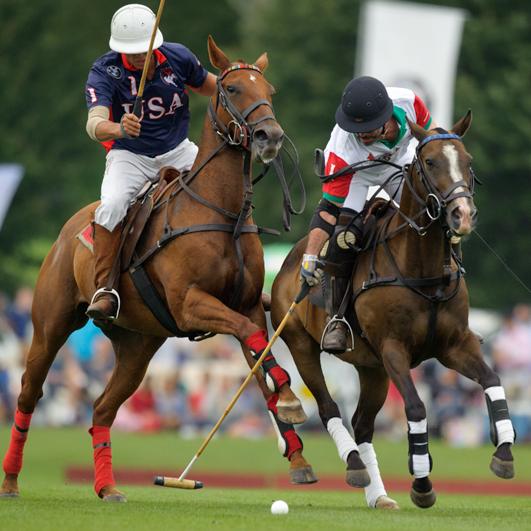 The NBC10 Newport International Polo Series, Presented by BMW featured a heated rivalry between USA and Mexico, with Mexico out to reclaim the perpetual trophy from Team USA on Saturday, August 5th.

Representing Mexico, in the #1 position was Ricardo Cos, playing #2 was Miguel Gomez de Parada, Victor Setien was at #3, and playing #4 was Jorge Habib.

During the match, the door prize drawing of a Magnum of Veuve Clicquot was awarded to one lucky attendee from Clinton, Massachusetts. A lively and colorful Mexico themed Tailgate won the Best Tailgate Picnic Trunk from Stella Artois.

Following the match, the teams took to the podium for the Veuve Clicquot Champagne Toast and Trophy Presentation, where Buck Sherman of Sherman Publishing and The Newport Daily News presented victorious Mexico with the perpetual cup.  After receiving the cup, the teams left the podium for an autograph signing and cocktail hour, then onto the sumptuos lobsterbake, expertly prepared by McGrath Clambakes and Catering.