Newport Polo's lesson program will introduce polo students to a string of polo ponies that regularly play in the Newport International Polo Series. These ponies are thoroughbred horses that have been trained to play polo, and can adapt to each player's level of skill, from beginner to advanced. 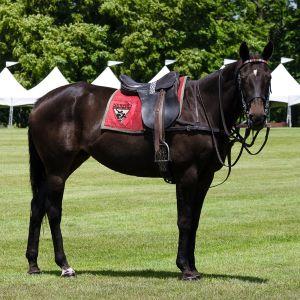 Amarillo “Army” is a 19 year old American Thoroughbred off a racetrack near Amarillo, Texas. Her nickname was given for her military level of intelligence and “secret ops” way of playing polo. Army began polo training at 4 years old and has been playing in the Polo Series for about 12 years. 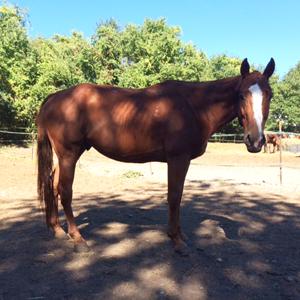 Arnold (pronounced with an Austrian accent), a 6-year-old chestnut gelding joined Newport Polo after racing at Suffolk Downs, is mixing it up with the veteran string. All who ride him say, "I'll be back"! 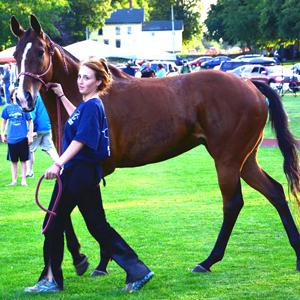 Cocoa won her 1st 'Best Playing Pony' title in 2014, playing for Scotland. This bay thoroughbred is a former racehorse from Suffolk Downs, and coming into her prime as a polo pony. 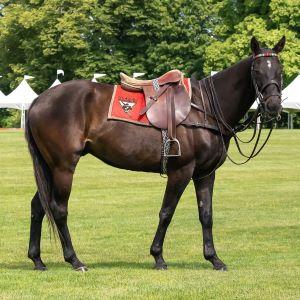 Gatsby is a thoroughbred from the Suffolk Downs racetrack in Boston. He has a flawless gate, agreed by all as the best “riding” horse in the Newport string. The Great Gatsby’s elegant stride and his occasional air catching leaps make him an alluring double-edged sword in the game. Gatsby prefers a quiet and patient player but strong rider for the perfect duet. 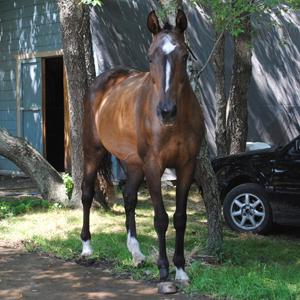 This bay thoroughbred mare's career has been a story of comebacks. She was deemed 'un-rideable' on the racetrack and sustained a broken leg that took 2 years of patience to overcome. She has subsequently been named Best Playing Pony more than any other horse in the club. Ginger is enjoying life as a retired hall-of-famer. 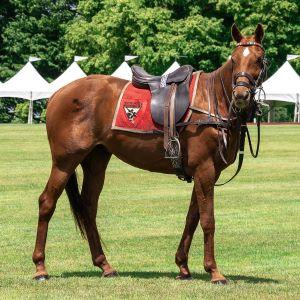 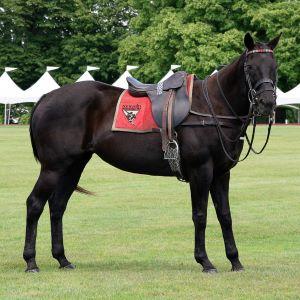 Missy is our jet brown thoroughbred southern belle, who journeyed north from Florida's high goal polo league last spring and has been a solid addition to the Saturday matches as well as lessons ever since her arrival. She's a quick turner with plenty of get-up-and-go! 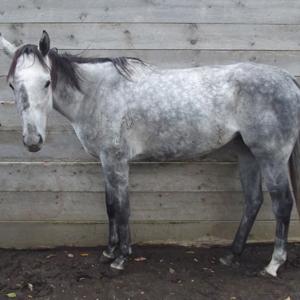 This dappled grey thoroughbred mare posted wins in her racing career before retiring to a life of polo a year ago. Spending more time in the air than on the ground, the name Pegasus befell her. A few threats of sending her down to rodeo, coupled with loads of patience brought her 'round. Her curious nature and eagerness for attention boosted her progress, for a brilliant breakout into chukkers by the end of last year's grass season! A minor injury led to some time off, and she will resume her training this spring when we expect to see her advance rapidly. 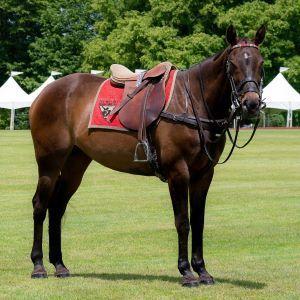 Pepper is 15 years old, American thoroughbred off the Pen National racetrack. She was 3 years old when she hopped off the trailer at our doorstep and was considered an “easy make” in terms of her willingness to be trained for polo with outstanding natural talent. She began playing in the international series at the age of 5. 10 years of playing and numerous best playing pony awards seems only fitting for a horse like Pepper; who got her Spice themed name after our oldest and most revered horse, Ginger- the queen of Newport Polo (31years young). 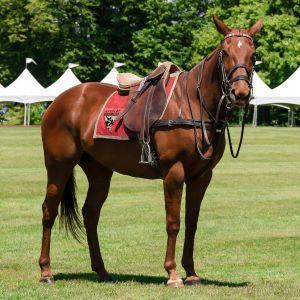 Persia came to us as a 4 year old off the race track at Suffolk Downs in Boston. As a strong willed, natural athlete, Persia took quickly to polo training and showed great tranquility and temperance at the start. It was said by few that she would never be more than a quiet school horse. In her second year of training Persia’s hot-headed, firey personality developed. Persia's hot thoroughbred competitivity has propelled her to one of the top 3 polo ponies in the Newport string, very far from a simple school horse. 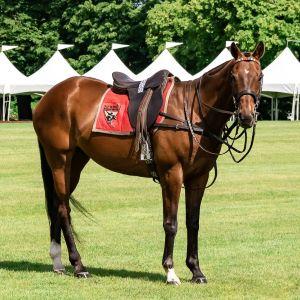 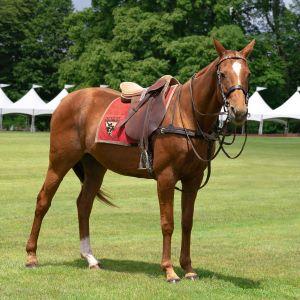 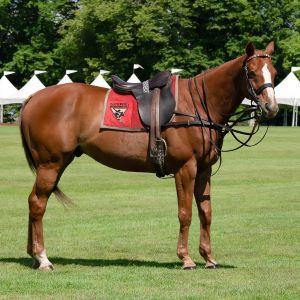 Romeo originally came to Newport Polo as a stallion from the racetrack. He's a chestnut thoroughbred gelding with a white blaze, white feet and a white 'slap' on his right cheek! He still flirts shamelessly. 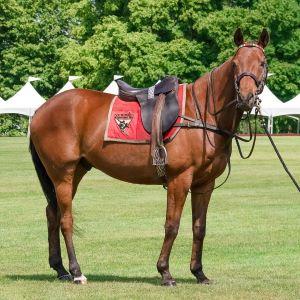 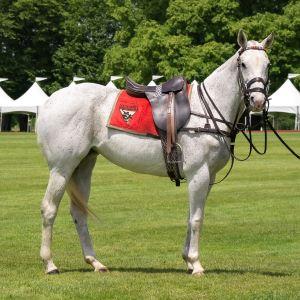 Sugar is a salty 12 year old with a teenage girl attitude. She has been playing in the international series for 7 years and is a definite game changing horse. Even with her sassy pony attitude and slight napoleon complex (she is our smallest horse) she has been complimented by many players across the globe as the best horse they have ever played. She is the first horse Minnie Keating trained from start to finish. Sugar is definitely a crowd and player pleaser, always dominating with her remarkable agility and racecar-like handling, she always leaves the others in the dust. 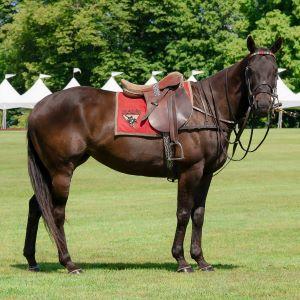 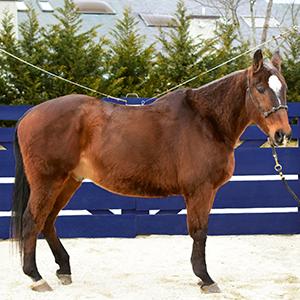 Zoillo is a popular choice among our students. Little do they know, this bay thoroughbred gelding from Argentina had a polo career in England in prestigious events including the Queen's Cup, and Gold Cup, along with playing in the French Deauville circuit before coming to the US. He debuted in the Newport International Polo Series in 2013 and became known for his easy handling and speed. Even though he's an international horse of mystery, Zoillo still stays true to his Argentine roots with a classic Gaucho name meaning 'Life'.