The Sportsmanship Award is the United States Polo Association's highest individual honor, presented annually to a person from each of the 13 circuits for demonstrating good sportsmanship in the sport of polo.  In 2017, Newport Polo Founder and President Dan Keating was awarded the Northeast Cuircut Sportsmanship Award for the second time.

"It has been a privilege to play polo with the members of this polo club, who uphold the highest standards of sportsmanship in the game over these past 27 years since reviving the Westchester Polo Club," stated Keating.  I am grateful to our tight-knit polo community that has made bringing polo back to its America birthplace a reality." 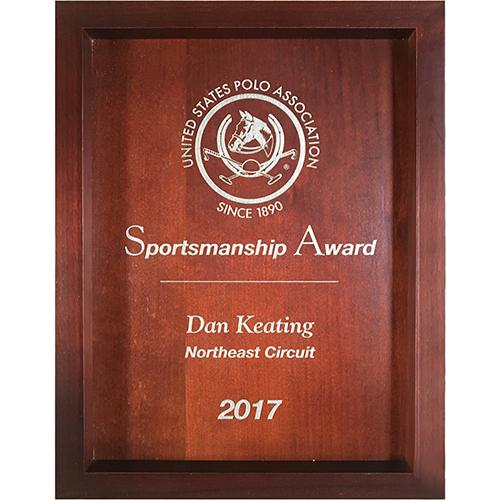